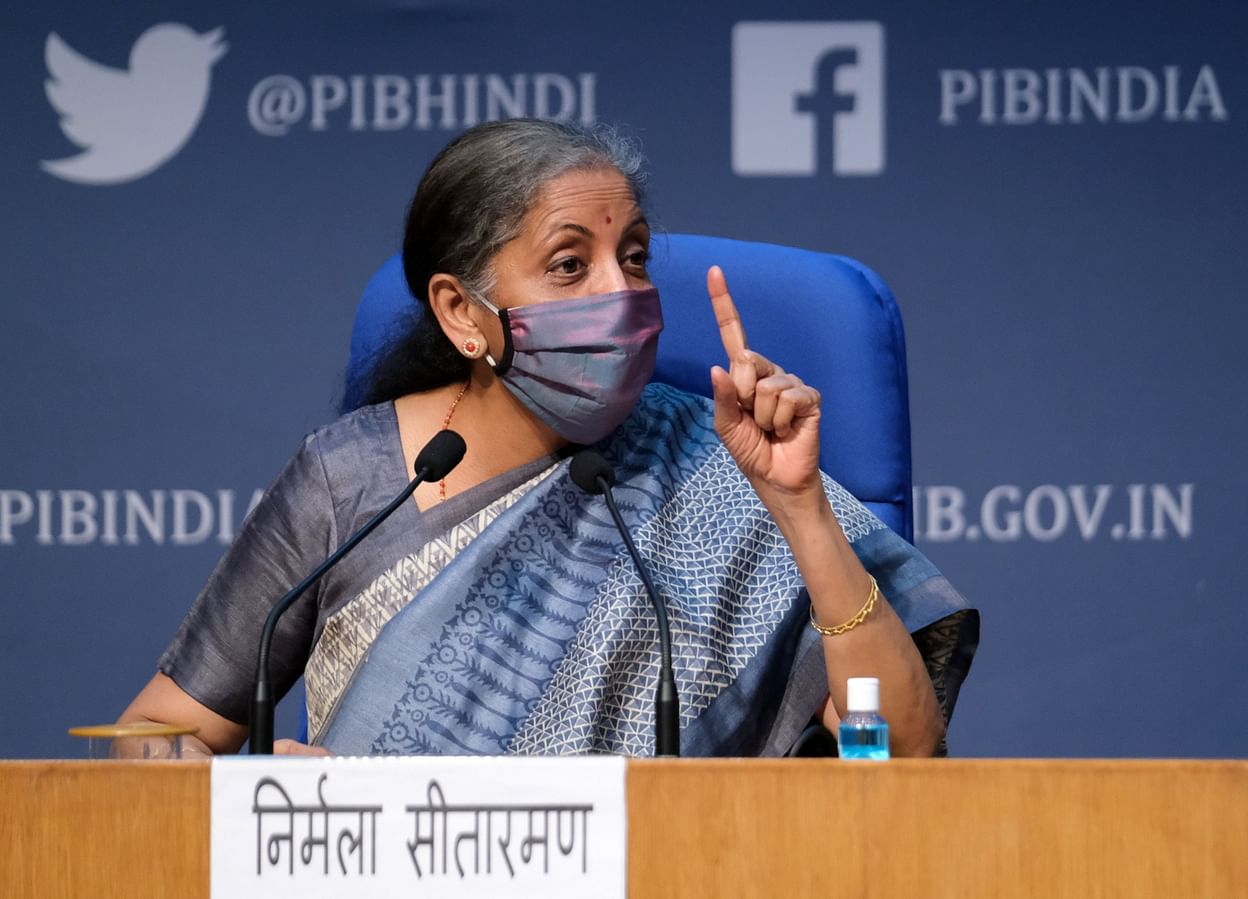 As the nation reels under the adverse effects caused by the second wave of the COVID pandemic, Finance Minister Nirmala Sitharaman on Monday announced a slew of economic relief measures totalling INR 6,28,993 crores to bring to speed the economic slowdown and boost the pandemic hit sectors.

“We are announcing about 8 economic relief measures, of which four are new & one is specific to health infrastructure,” she said.

As part of the measures, the Central government announced relief measure to boost exports, streamline PPP model and extend PLI for electronic manufacturers among other.

To ensure speedy clearance of project to facilitate private sectors efficiency in financing construction and management of Infrastructure a streamlined process for PPP and asset monetization was announce by the FM.

The current process, she says, is very long and involves long delays in approving PPPs.

The PLI scheme for the large-scale electronic manufacturers provides an incentive of 6-4% on incremental sales of goods under the target segment that is manufactured in India, for five years.

The incentives were to be applicable from August 1, 2020.

However, considering the impact of the pandemic on the production and the legitimate reasoning of the companies on not being able to meet the targets, the center has extended the tenure of the scheme by one year till 2025-26, and for those who made investments in 2020-21 will get counted in this because we have given them the option to choose any five years to meet the production target.

We are executing the Budget announcement of a results-linked incentive scheme for power distribution. It is a major reform that will have a State-specific approach, not a one size fits all approach, the FM said.

Considering the tremendous performance exhibited by the Indian exports, the FM announced an INR 33,000 Crore boost for the Project exports through National Export Insurance Account (NEIA).

The NEIA Trust promotes Medium to Long term (MLT) project exports by extending risk covers, given by Exim Bank, to less creditworthy borrowers and supports project exporters. The NEIA trust has supported 211 projects of INR 52860 cr in 52 countries and 63 different Indian Project exporters till march 31, 2021. This move will extend support to the NEIA, which shall now underwrite an additional Rs 33,000 crore for project exports over the next five years through the Exim Bank of India.

To facilitate loans through microfinance institutions FM announced this new scheme. Through this, the center aims to reach out to 25 lakh smallest borrowers from the MFIs and would give them a maximum loan of Rs 1.25 lakh and the rate will be at least 2% below the maximum rate prescribed by the RBI.

The focus of this new credit guarantee scheme will be on new lending, not existing loans.

This scheme will be in place till March 31, 2022, or up to the exhaustion of the Rs 7,500 guarantee being extended under the scheme.

Furthermore, the FM also announced an additional Rs 23,220 crore for short-term emergency preparedness with an emphasis on pediatric care. This is on top of Rs 15,000 crore provided in the budget.

For the tourism sector, FM announced financial support will be extended to more than 11,000 registered tourist guides and Travel & Tourism Stakeholders (TTS). These TTS will receive up to Rs 10 lakh loan, while Licensed Tourist guides will get up to Rs 1 lakh loan.

An allocation o f19,041 crore has been done for digital India, under which broadbands will be provided to villages.

FM Nirmala Sitharaman also announced an allocation of Rs 3.03 lakh crore for a revamped reform-based result-linked power distribution scheme. Of this, the Centre’s share would be Rs 97,631 crore.

And Most importantly, the allocation of 50,000 crores Is done for the health care sector.