The Colombo Port City Project: Why it concerns India 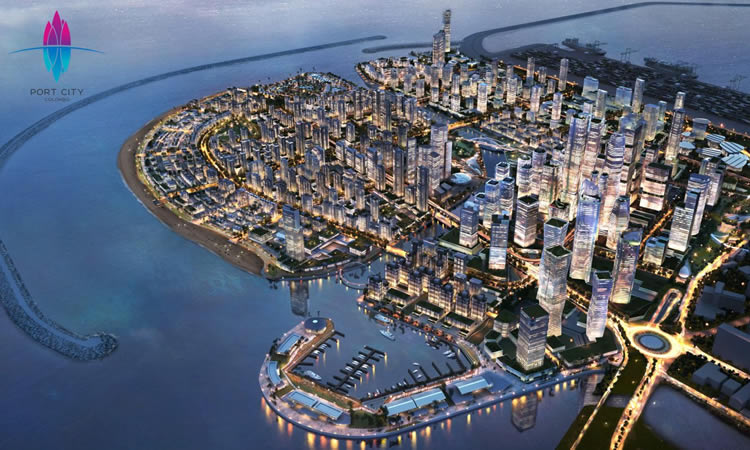 The Colombo Port City Project: Why it concerns India

What is the Colombo Port City?

The Colombo Port City is a special financial zone being built next to Colombo, mostly on land reclaimed from the sea, adjoining the Port of Colombo.

Touted as a “city from the future”, it was primed as a project to create high-end real estate through offshore land reclamation, which was approved as a joint venture between a Chinese SOE and the Sri Lankan government in 2014.

The Colombo Port City (CPC) Economic Commission Bill empowers the nation’s President to create a single-window management committee for the SEZ, which is on 269 hectares of reclaimed land along with massive tax and duty concessions for both domestic and foreign investors.

The Port City Bill aims to provide for a special economic zone to establish a commission to grant registrations, licenses, authorisations and other approvals to operate businesses in such economic zones.

While underlining the importance of the bill, the Sri Lankan government had earlier said that the port city would attract foreign direct investment, giving the much-needed impetus to the economy. Sri Lanka’s Minister for Capital Markets Ajith Cabraal projected that the initial construction of the port city would bring in investment of $ 15 billion, creating over 200,000 jobs.

India’s concerns about the China-backed project

This move, which governs the China-backed Colombo Port City project worth $1.4 billion, has led to heightened concerns among the maritime fraternity in Tamil Nadu and Kerala regarding the possible impact of the project on the ports as well as security concerns. There is concern in India on its impact on ports in TN and Kerala, in view of the fact that the project involves Chinese investors.

As per a report on the project website, the Port City will be spread across 660 acres of reclaimed land to be developed as a Special Economic Zone (called the Colombo Port City SEZ), for enabling investments and business in Sri Lanka with a focus on the service economy.

The maritime industry in the two Indian states of Tamil Nadu and Kerala share a strong connection with Colombo port, which serves as a major transhipment port in the region. Thus, India is also concerned about the financial implications stemming from this move.

Another major issue that concerns India is that the project may start with SEZ but later expand into the port sector and start the diversion of cargo from India to China.

To counter the project, India needs to put forth a strong, concerted effort and stakeholder support to express its concerns, shares officials.

The coming up of the port would result in Indian southern Ports facing increased competition from Colombo. The Colombo Port currently functions with captive transshipment volume from India, which industry officials fear, will be affected in the long run.

The project allows China to expand its base in Sri Lanka by adding to a well-established Chinese-led port operating in the island nation. Although India has been looking to secure a port project in Sri Lanka for some time, China turned out to be quicker in this regard.

The port is more of an SEZ and commercial city like Dubai or Singapore but whose reins are held by China. The situation of southern ports depending on Colombo for transshipment will not change because of this development, shared an official of a leading shipping line.